MFG Makes a Splash in the DDD

Should you consider yourself a foodie, or be well-versed on the Dallas dining scene, chances are you’re familiar with Major Food Group and the major splash they’ve recently made in our very own Decorative Center. In one month alone, the New York-based hospitality group opened not one but two new Italian-American concepts, Carbone and Carbone Vino, both of which are the first of their kind to hit the Lone Star State. Read on for the full scoop on what to expect from Carbone and Carbone Vino and why we’re so fortunate to have them reside not only in Texas but in the Dallas Design District.

For those who may not be as familiar with Major Food Group (MFG), allow us to provide a bit of background. In just a decade’s time, MFG has evolved from operating a single small restaurant in downtown Manhattan to becoming one of the most acclaimed hospitality groups in the world. Thanks to their lauded dining style and strategic partnerships, they’ve created some of the most sought-after restaurants across the globe. Today, MFG owns and operates over a dozen (fifteen, to be exact) unique concepts in major metropolitan cities including New York, Miami, Boston, Las Vegas, Hong Kong, Paris, and Tel Aviv. Between their fifteen concepts, MFG has been awarded an impressive total of eighteen stars from The New York Times and three from the Michelin Guide. So, who are the brains behind this ingenious operation? None other than Mario Carbone, Rich Torrisi, and Jeff Zalaznick, all of whom act as Managing Partners, and whose combined kitchen backgrounds and business acumen are unmatched. Luckily for us Dallasites, the talented trio that is Carbone, Torrisi, and Zalaznick saw an opportunity for expansion into Texas, and the rest, as they say, is now history. 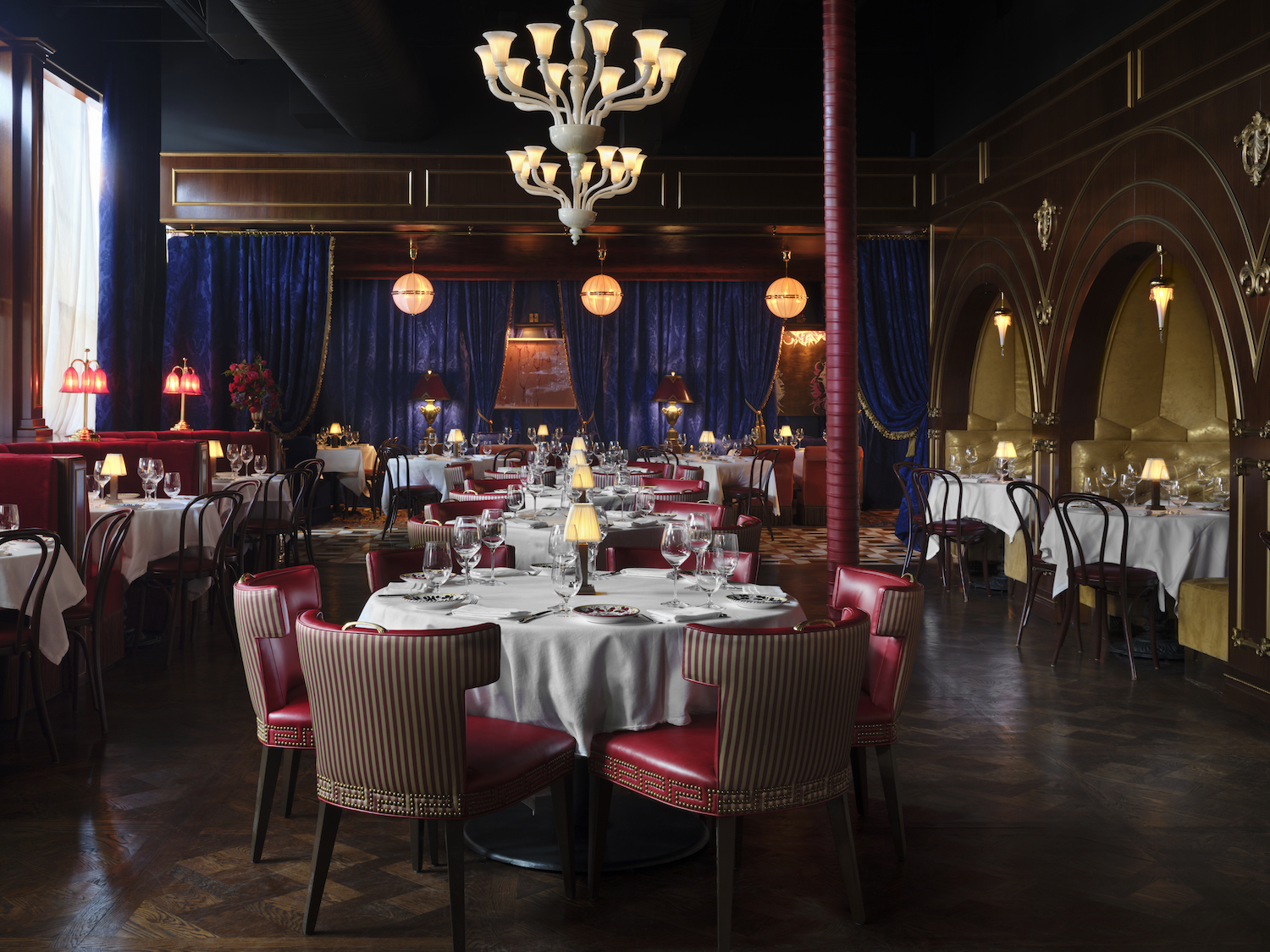 First to open its doors in the DDD on April 1, 2022, was Carbone. The Hi Line Drive outpost marks the restaurant’s fifth official hub, joining the stellar company of its other locations in New York (the original), Miami, Las Vegas, and Hong Kong. Known for its carefully calculated combination of exceptionally-prepared food, classically elegant setting, and phenomenal service, Carbone is a time-honored Italian-American eatery, and the DDD outpost is no exception. Designed flawlessly by the talented Ken Fulk, the interior and exterior craftsmanship and design choices lend just as much of a hand to the overall dining experience as the cuisine does. Speaking of cuisine, signature, must-order dishes for first-timers and veterans alike include the Caesar alla ZZ (prepared tableside), the famous Spicy Rigatoni Vodka, and the Veal Parmesan. Our biggest pre-dining piece of advice? Go hungry, and save room for dessert. 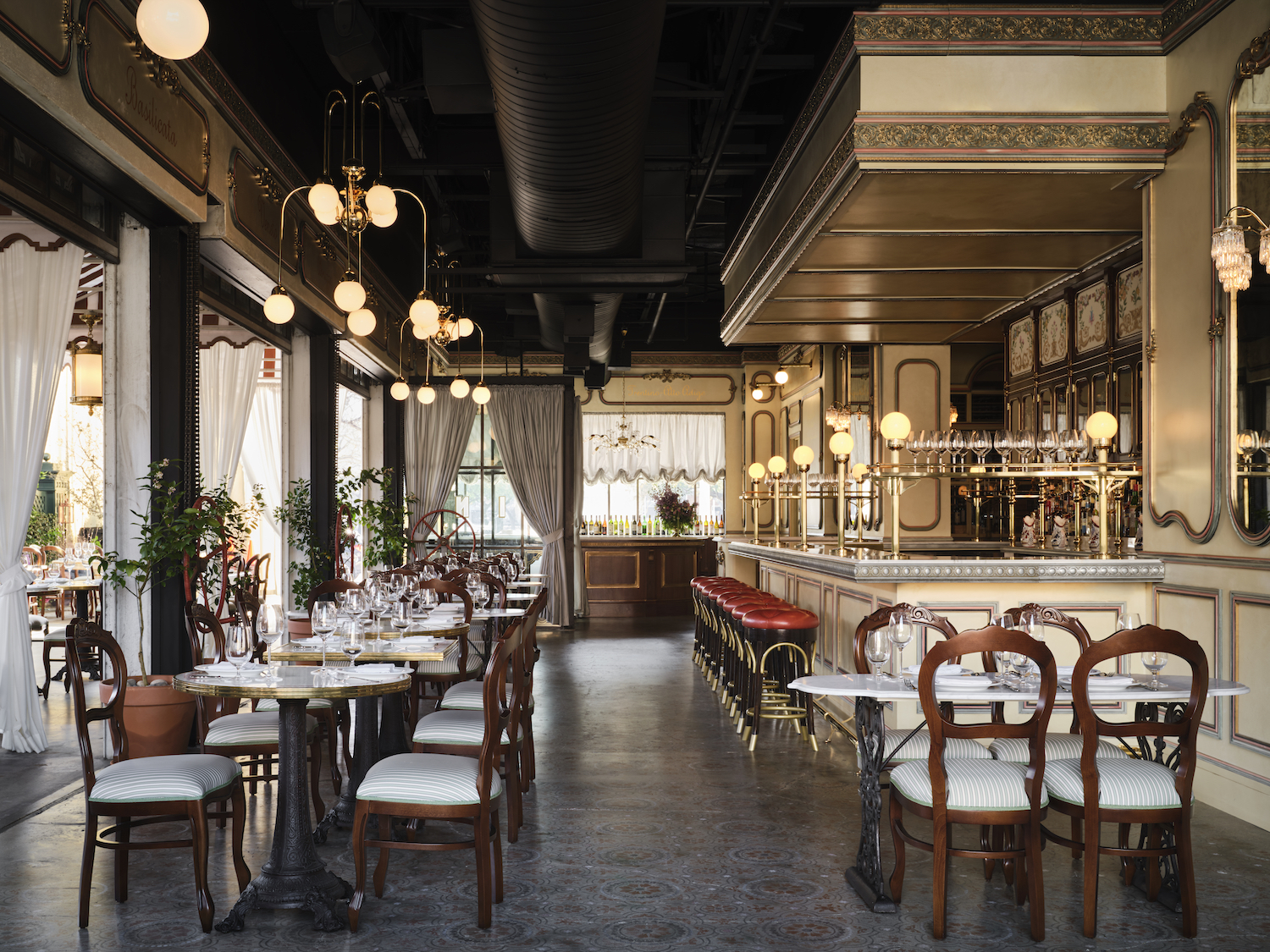 Opening right on the heels of Carbone was Carbone Vino, whose doors officially opened on April 7, 2022, just across the courtyard from its sister restaurant. While Carbone’s Dallas restaurant is one of five for MFG, Carbone Vino marks the very first of its kind for the hospitality group. Just as meticulously designed as Carbone, also thanks to Ken Fulk, the Vino vibe is polished, warm, and celebrates timeless artisanship. When it comes to cuisine, expect an extensive selection of handmade pastas, Sicilian pizzas, entrées, and fresh gelato, along with a few of Carbone’s most in-demand dishes. And perhaps most notable about Vino is its coveted wine collection, hence the name. This trattoria doubles as a wine cellar, boasting a thousand-bottle wine list that includes Italy’s elite. And, in order to provide diners greater opportunity to taste some of the finest vintages available anywhere, the restaurant’s peerless wine program is available both by the bottle and Quartino. So, should an up-scale yet leisurely European dining experience be what you’re after, you can count on Carbone Vino to more than deliver.

Seeing as how much Dallasites love a new neighborhood hotspot, it should come as no surprise that both Carbone and Carbone Vino are off to an enormously successful start. If you’ve not yet been able to see what the well-deserved hype is all about, make your way to Resy to book a table now. Should you not see any availability, be sure to utilize the ‘Notify’ feature to be alerted if and when a table opens up on the day and time frame of your choosing. And, feel free to also just pop into Vino as they graciously hold a limited number of tables specifically for walk-ins. Until then, prep for your pending visit by following Major Food Group on Instagram for an exclusive peek at what the whole town’s talking about.