Care opens with a public reception on Saturday, January 8 from 5-8PM, and the exhibition runs through February 12.

Our first solo show of the year will be by Louisville-based artist Lori Larusso, her first since becoming represented by the gallery last year. Care opens with a public reception on Saturday, January 8, 2022 from 5-8 PM, and the exhibition runs through February 12, 2022.

The show builds on Larusso's nearly two-decade career that has focused on food imagery to explore the psychology surrounding why we eat what we eat and how we feel about it. In a series of over 50 paintings that will be in the show, Larusso expands this interest into the current pandemic-era where social lives and public opinion are carried out widely on social networks. In another series called the Kitchen Sink Still Life series, Larusso looks at the grittier side of food preparation and the often invisible labor that takes place in domestic settings, another long-standing interest of the artist. 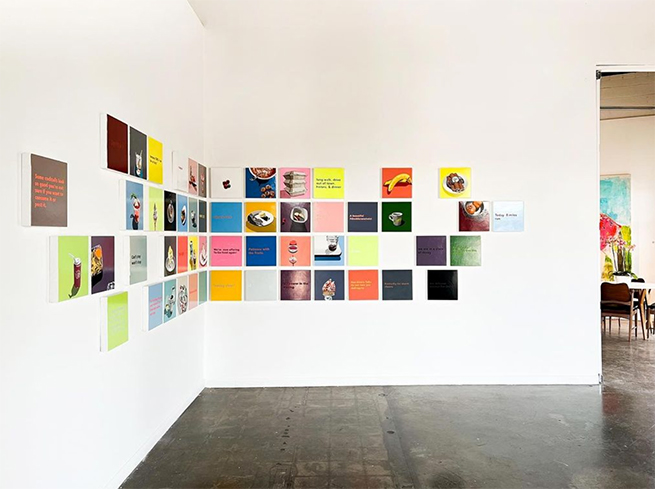