HUNT SLONEM: Year of the Rabbit

Laura Rathe Fine Art announces Year of the Rabbit, a solo exhibition by Hunt Slonem, across both their gallery locations, first opening in Houston at the River Oaks District on January 13, followed by Dallas in the Dallas Design District on January 14. Leading into the Chinese Year of the Rabbit in 2023, this major two-city presentation pays homage to the inspiration that launched his most popular body of works – his series of Bunnies. Dallas commences their exhibition opening with a book signing from 4:30-5:30pm and continues with a reception from 5:30-7:30pm and an artist talk at 6pm.

Upon learning that 1951, the year of his birth, fell under the sign of the Rabbit, Slonem was instantly captivated by the emblem, as he recalled its universality as a symbol of luck and productivity through his own early memories. Much like the cyclical nature of a zodiac, he returns to his most recognizable motif time and again, emphasizing the profound impact of repetition on his artistic practice, yet lending each figure a different personality through inimitable brushwork. His playful forms are expertly composed through contrasts in color and texture, setting the viewer’s gaze into motion to traverse each painting and find new perspectives in each viewing.

The exhibition also surveys the extension of his signature, neo-expressionist style to a wide range of subject matter, reflective of a childhood spent in multiple cities and countries. From rendering tropical birds and butterflies to reframing iconic public figures, the eclectic selection of works on display, amidst his renowned Bunny Walls, come together to seemingly collapse distances across both nature and culture. 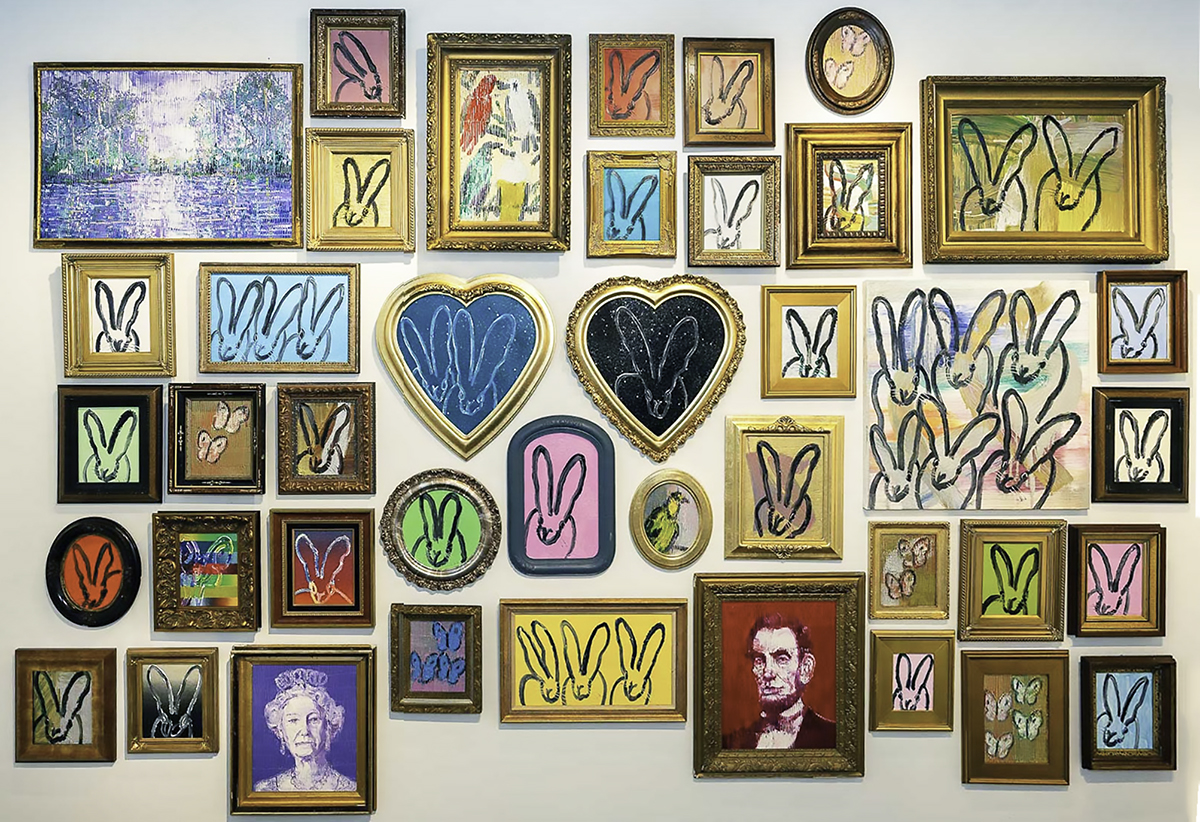