Dallas-based artist Benjamin Terry returns for his third solo exhibition with the gallery. Following a postponed exhibition that resulted in a hugely successful virtual presentation in 2020, Bits and Bobs exhibits the progression Terry’s painting has taken over the last year and a half. In this body of

work, the artist relaxes the strong narrative approach that
has driven his past installations in favor of a more formal investigation of his work. Terry takes a decidedly intuitive approach to his newest paintings to further hone an aesthetic that obscures the boundary between guileless impulse and refined sophistication.

The body of work created while in residence at 100
West Corsicana in January of 2020 would prove to be transformative for Terry’s practice and significant to the eventual series created for this exhibition. Among the most impactful developments from this era was the introduction
of spray paint to create hazy, floating forms and gradients
of color. Terry has since come to favor the medium’s less predictable application and its creation of soft edges to serve as foils for the blunt geometry found in his compositions.
The softer demeanor of spray paint is pushed further in the grounds of the works on view, built up from layers of colored stains. This is best demonstrated in works like Trapper Keeper (2021) in which the finished surface ranges from raw plywood to semi-transparent stain to opaque shapes. Through this approach, Terry highlights the humble material while also generating a visible history of build-up and a presence of labor.

These varied, textural surfaces are understandably alluring for Terry and his ongoing play with compositional space. Utilizing sprayed applications of color and cut-out geometric shapes, Terry creates paintings that shift between ones imbued with a strong sense of downward gravity and ones with objects and marks that seem to float in space. The

latter can be seen in Treasure Map (2021) in which a trompe l’oeil pyramid projects outward from the picture plane. Positioned at the painting’s edge, it seems moments away from drifting off the works’ atmospheric ground of yellows. In one of the exhibitions larger works, Pj (2021), Terry playfully demonstrates a sense of gravity as horizontal bands of color that span the painting become wider as they approach

the painting’s bottom. A similar sensibility is applied to the exhibition’s installation: cut out wooden shapes that orbit Terry’s paintings on the wall fluctuates between being read as three dimensional objects and a flat wallpaper.

Overall, the works come from a relaxed perspective that Terry attributes to working in his garage turned home studio. This is not to say these paintings lack the careful consideration that Terry puts in all of his work. Rather, he pulls back the curtain on his intricate process for a clearer glimpse of the artist’s hand. His exercise of curating shapes and marks is placed in plain sight. Simply put, these paintings are about having fun. 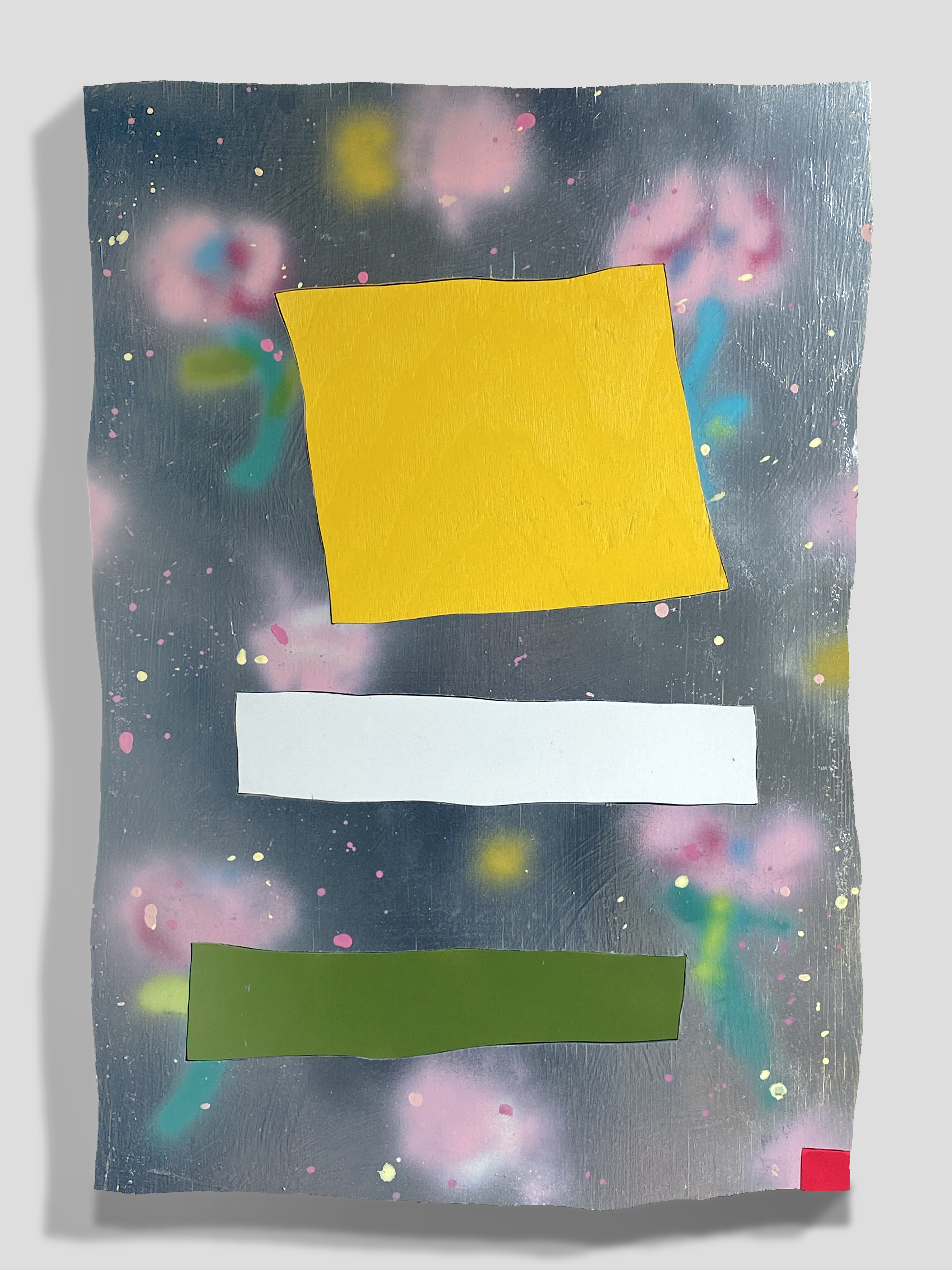