Another race is running through the Design District

Whether you're a business owner, a resident or a runner, you should know that on March 1 the Dallas Running Club and the Trinity Trust (amongst others) are hosting a race which makes its way through some Design District streets, so you should expect some morning street closures. The Trinity River Levee Run (a 10k and 5k) starts on the Margaret Hunt Hill Bridge and the course will cross the bridge to the east, head north on Riverfront Boulevard and wind through the Dallas Design District before returning across the bridge for a fast and picturesque finish. The race begins at 8:00 AM so expect to have everything back to normal and streets open before noon (most likely much earlier). 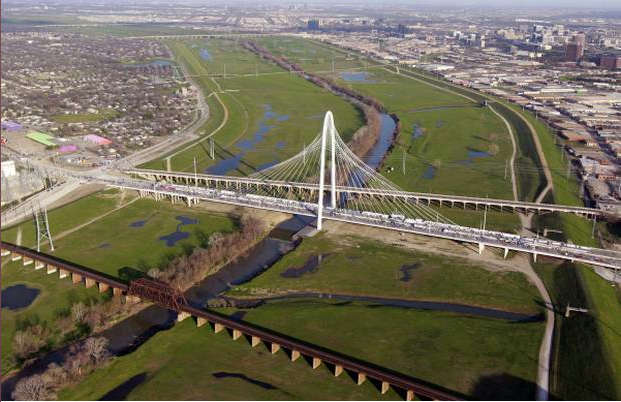 Just so you know the race is a part of a larger, all day event called All Out Trinity which will be a great opportunity to get outside and explore the beautiful area just west of us along the Trinity River. Festivities include a market, yoga and much more, PLUS, the bridge is closed to cars until 4PM so you can wander along the Margaret Hunt Hill Bridge to your hearts content. Now you know. For more information head to http://www.runthetrinity.com/.