B. Chehayeb's solo exhibition "only the very young"

only the very young

In her first solo exhibition with the gallery, Brooklyn artist B. Chehayeb presents a painting-based installation through which a number of significant personal memories are recounted. Chehayeb revisits these memoirs utilizing gestural, abstract canvases and reflects on the space they take up physically, mentally, and emotionally. Together with objects of definitive significance, the paintings provide Chehayeb an outlet to tenderly meditate on the history and future of her identity.

Memory remains as the basis for Chehayeb’s practice, both in the visual arts and in writing. In recent years, however, prose has given way to painting as language began to fall short of capturing memories that exist at various levels of accuracy and completeness. The emotional work of recalling memories has become better suited for capturing on canvas, paper and panel, on which roughly identifiable objects are depicted floating amongst a swath of emotive color and abstract forms. This combination in Chehayeb’s paintings serves as a visual representation of the fallible nature of memory. With only each work’s title as an indication of the specific instance or event, viewers are induced to construct their own version of the depicted occasion.

only the very young delves into the artist’s formative years spent in north and west Texas. The body of work makes use of a distinct, earthly color palette to capture a multiplicity of beings described by the artist as a series of “browns”: the dust lingering above the Abilene landscape, the neglected lawns of houses, the skin tone of her and her family. Installation elements inhabiting the gallery create a literal ground for Chehayeb’s memories to resurface. Painted brown walls and an oxblood carpet in the gallery directly reference the artist’s mom’s current home in Texas and Chehayeb’s most consistent dwelling in an otherwise transitory childhood. Objects from Tejano culture, including wall-hung cowboy hats and a pair of boots upon which rests a painting, situate themselves as satellites to the works and act as familiar icons to anchor fleeting recollections. Altogether, the installation encapsulates a range of deeply personal instances, from young childhood trauma to her relationship with gender, aging and language.

It has been more than a decade since Chehayeb has moved away from her west Texas hometown, yet the ever increasing physical and temporal distance has reinforced a desire to remain connected to the past. For the artist, materializing and tracing a memory’s formation is about seeking to understand the psychological monuments one cannot or refuses to leave. The exhibition presents a shared space for this act of remembrance and a place to avoid, as the artist writes, “the catastrophe of forgetting.”

B. Chehayeb (b. 1990, Dallas, TX) is a contemporary visual artist whose work closely orbits themes of memory, identity and time. Her recent painting installations are characterized by gestural abstractions referencing the histories of people, places and sounds. Chehayeb received her BFA from the University of North Texas in 2013 and her MFA from the Massachusetts College of Art and Design in 2020. She was named a finalist for the Hopper Prize in 2020 and in the same year completed residencies at the Vermont Studio Center and Mass MOCA. Her paintings, drawings and assemblage pieces are in numerous private collections and publications across the the country and abroad. 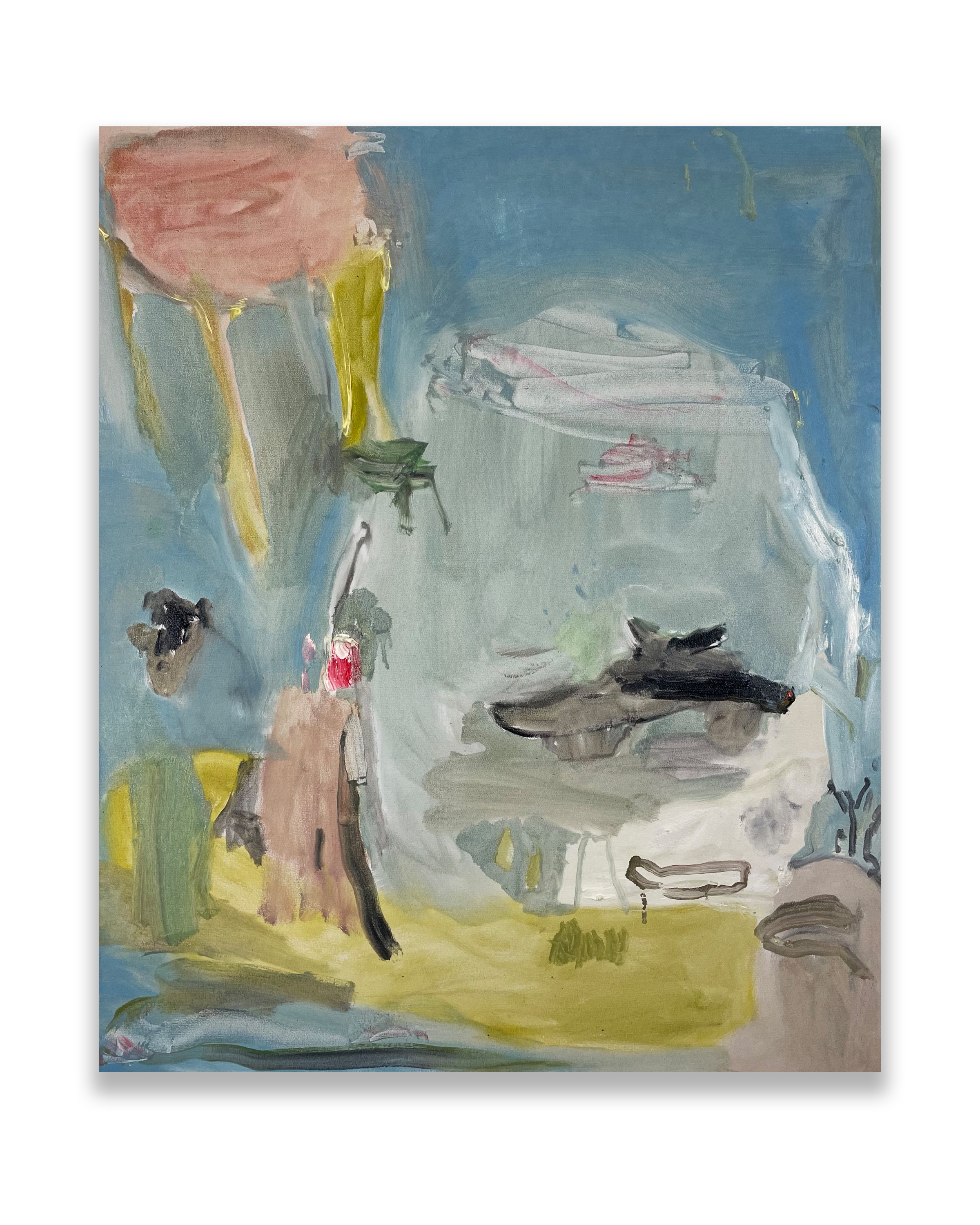