Naturally Yours at Galleri Urbane

Galleri Urbane is pleased to announce the first solo exhibition by Houston-based artist Jonathan Paul Jackson. After participating in Galleri Urbane’s 2021 summer group exhibition, Jackson returns with a solo body of work. ‘Naturally Yours’ features small photo collage pieces on pressed paper which reflect on Jackson’s time at an artist residency in Big Bend, and larger acrylic and oil pastel paintings on paper which represent his decade-plus years of work in paint.

Based in Houston for 20 years, and curating intermittently for 10 of those years, Jackson has been intuitively painting since childhood. He exhibited his first complete body of work in Houston in 2006, and two years later he began curating locally. By 2011, he had begun working in oil pastel, which remains present in his work today. Throughout his career, Jackson has found that painting on paper offers the most immediate results. “Here’s the paper, here’s the paint. Go for it,” as Jackson states. Rolls of large format brown paper supply broad stretches of surface for Jackson, and he starts by pulling blocks of color and line out of the plane. Over time he has expanded into photographic collage and pressing his own paper to paint on, both of which are on display here. Jackson has mitigated the unforgiving qualities of paper by designing his own: old work can be shredded and blended down to produce new surfaces, more absorbent and sturdy than they were in their first life.

Jackson’s first solo exhibition in Dallas shows, despite his experimentation, his style has become distinct. In his untitled abstract works, animal figures hide within the mesh of bubbling squiggles and rough oil pastel marks, as in Untitled Abstract (Horse in the Thicket). Small works take the energetic line work of his paintings, and apply it to photographs, which Jackson prints and then collages into pressed paper and adds painted elements. When one steps back, the lineage of Jackson’s painting reveals compounding techniques that build on the foundation of his expressive style. "It reassures me that’s my visual vocabulary,” says Jackson. It's important to him that his personality is evident in his fugues of color. Even after all these years, he is just as passionate about the work as when he began. “It takes me a week or two to finish a painting in that style just because I like it so much. I get addicted to wanting to keep that feeling going, you know?"

Jonathan Paul Jackson (b. 1984) is an African American visual artist from Houston, Texas. He works in all mediums of art, including painting, sculpture and illustration. His paintings range from a series of color studies or what he has come to call Color Meditations, in which he experimented with color while researching the masters of color, Matisse, Warhol and Gauguin, he soon realized that it was not the colors they used to create the work but how they applied the paint/color to the surface that truly defined them as "Masters of Color." Jackson explores the historical symbolism of Indigenous people and interprets the imagery found there into his modern style; creating a personal totem by “writing” with their language. He applies the same method of making work to his landscape paintings by using nature to interpret into his own visual language. Currently he’s working on a series in which he takes photos of nature, prints out the photo and hand embellishes the print outs. It’s conceptual series about how we all see the same nature but interrupt it a different way. He has exhibited at numerous galleries in Houston, as well as the Fort Worth Community Arts Center, and at Flight Gallery in San Antonio. 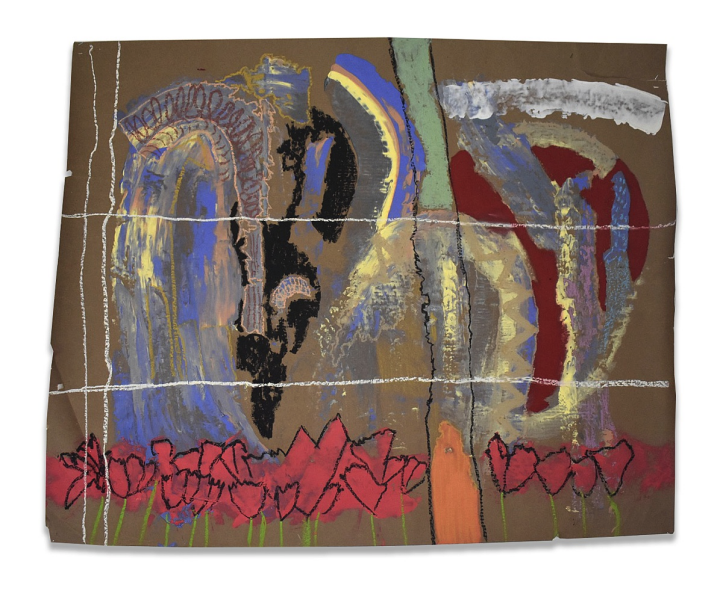