Gravity & Levity presents a curated selection of paintings and sculpture that embody a new sense of depth through shapes and patterns oscillating over the borders of lightness and density. Moving freely across a variety of media, the artworks are unified in their exploration of suspended motion, through abstract forms appearing to be simultaneously pulled and released, transcending the laws of nature. Each of the four exhibiting artists engage in different subject matter through their uniquely developed techniques to collectively delve into the marriage of gravity and levity.

Marina Savashynskaya Dunbar’s nature-based abstractions are composed through harmonious movement, material improvisation, and layers of translucent color, using gravity to direct the flow of her materials such as paint and sand while allowing the element of chance to create an airiness in her work.

Likening his canvas to a chalkboard, Michael Schultheis visually renders mathematical equations and geometric models as he investigates the dichotomies found in the infinite and finite, the physical and intangible, to describe human relationships, through a conceptual process he calls Analytical Expressionism.

Bronson Shonk's practice centers natural forms intrinsically gravitating in a myriad of directions, much like how plants are drawn towards sunlight, while creating a sense of lightness in his depictions. He introduces an element of weight to balance his ephemeral abstracted forms through the use of sgraffito in both his paintings and sculptures.

In her inquiry into the concept of fragmentation, Sydney Yeager observes independent parts colliding into a whole and then collapsing back into separate units through color and form, examining the forces at play in their disintegration. Her vibrant and gestural brushwork against raw, natural linen captures dynamic motion in 2D. 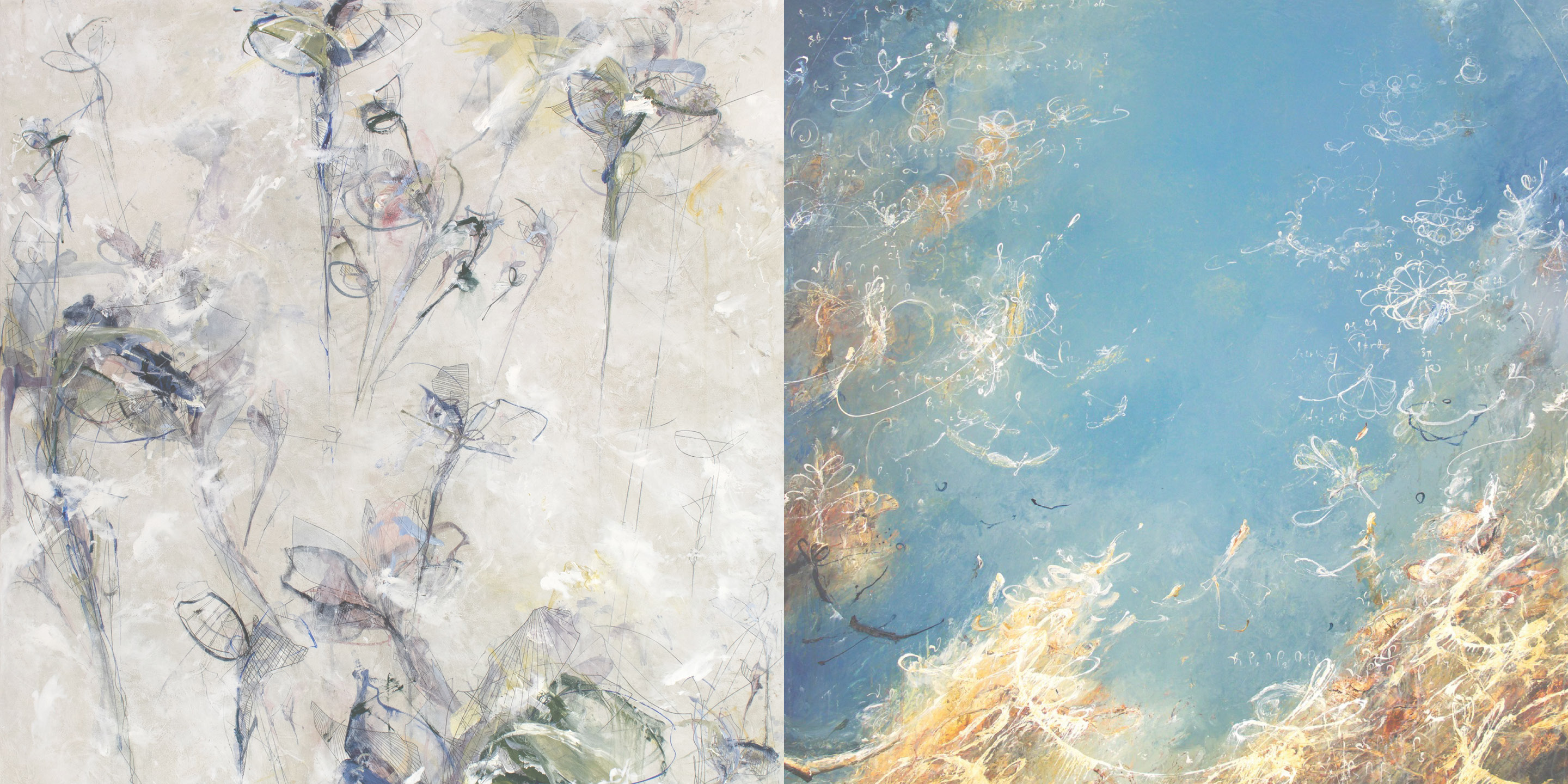