The term 'new media' is about as ambiguous of an art term as one can get, the genre encompassing a wealth of styles, media and subjects in its purview. The simplest way I can think to describe it is art that either utilizes technology as the medium, or in the creation of its work, or art that takes technology as its subject.  The art can take many forms, from more traditional painting and sculpture to virtual and video art, and Dragon Street's newest art gallery, Zhulong Gallery, will be exhibiting a full range of new media art. A few weeks ago gallery director Aja Martin took me on an overview tour of Zhulong Gallery's first exhibition, a group show entitled "Satellite" which features a roster of international artists. The show, Martin says, is intended to provide visitors with a taste for what Zhulong will exhibit in the future. Several of the artists currently on display already have scheduled solo shows later this year.

Martin, a graduate of SMU's Meadows School, was brought on by the gallery's owner to recruit artists to show as well as to curate the gallery's identity, and her experience with both art theory and history as well as the new media art being made in the digital space made her a perfect fit for the job. Zhulong, technically pronounced more like 'choo-long' is a mythical Chinese deity with a human head and a snake's body. The name works for the gallery on multiple levels, not least of which is its obvious reference to the street on which the gallery resides (Dragon Street for those not paying attention), but the name is also significant because of the mythical deity's power; Zhulong was supposedly responsible for the change between night and day upon the opening and closing of its eyes, representing for the gallery, perhaps, the responsibility it and its curators have in illuminating meaning through art. Zhulong Gallery is a departure from the art Dragon Street is accustomed to seeing, and is a much needed venue in which to showcase atypical, cutting edge art which, as new media artists would be quick to remind us, isn't really an art field with a lot of mass collector appeal. 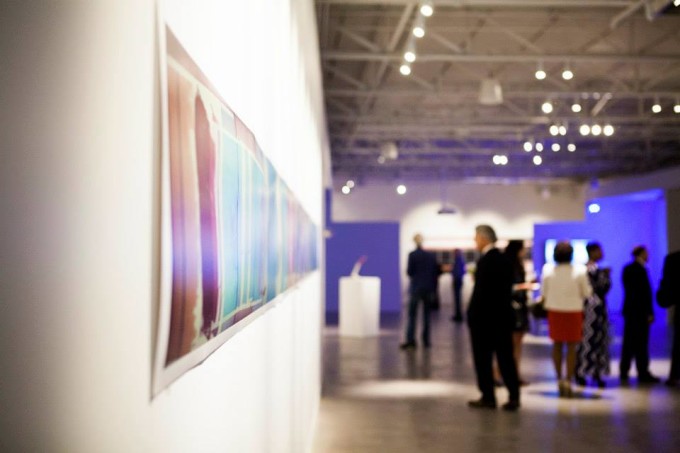 That being said, it's a fascinating field and many of the artists Zhulong and Martin have chosen to show in their inaugural show are exciting artists both young and old. Look out especially for Hiba Ali, a Pakistani artist whose virtual simulation of a 'city' capable of evading drone and satellite detection is hypnotizing, Lily & Honglei who contrast history and modernity in Chinese culture through traditional drawings which they then animate in front of an urban skyline, and local artist Anh Thuy Nguyen whose unique photographic techniques distort everyday objects into a surreal realm of ambiguity. Martin is committed to showing a diverse selection of both local, national and even international artists at Zhulong so stay tuned for future solo and group show announcements from Dragon Street's newest space. Also stay tuned for sculpture and other programming to take place on Zhulong's soon to be complete rooftop deck, which, as you're all about to discover, has pretty fabulous views of Dallas' skyline.